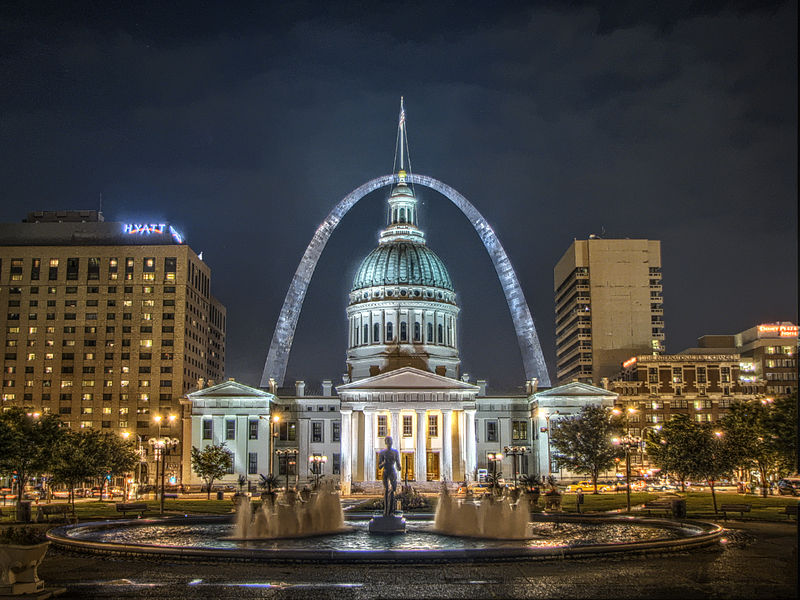 250 years ago today, a fourteen-year-old boy commanding a party of 30 men began construction on a small handful of rough timber cabins clinging to the western bank of the Mississippi River. Crossing the ice-cold water by boat the previous day in late winter of 1764, he had arrived on behalf of his stepfather to found a fur trading post at the edge of the known world.

As the thud of their axe strokes echoed across the lonely wilderness, a bitter wind would have whipped off the river, likely filled with floating chunks of ice. It would have been cold. Very cold. Sitting here on the same date 250 years later, less than 4 miles from that very spot, it is currently 19 degrees Fahrenheit. What a day to found a city.

Limestone bluffs rising from the river provided a safe spot for a trading post, and with the confluence of the two largest rivers in North America—the Missouri and the Mississippi—less than 20 miles upriver, it was ideally situated to reach deep into the then-unknown West of the continent.

Dominated by various Native American tribes, the trading post site wasn’t located anywhere near the British colonies which would eventually become the United States. No, it was part that vast territory north of New Orleans which was variously in French and then Spanish hands—the Louisiana Territory.

However, to be accurate, St. Louis wasn’t the first settlement in the area–merely one of the first established by Europeans. Native Americans had lived there for centuries. In fact, just across the Mississippi, 10 miles to the east, lies the largest and most complex archaeological site north of Mexico. A huge network of plazas and earthen mounds, some as tall as 100 feet, made up the ancient city of Cahokia—one of the largest cities in the world at the time. Its ancient population wouldn’t be rivaled by any U.S. city until Philadelphia broke the 40,000 mark in the 1780s—nearly five centuries after Cahokia.

At the time of its settlement, St. Louis was located deep in Indian country surrounded by entire populations who already called it their home.

When the first permanent structure was built at the foot of what is now the Gateway Arch, St. Louis was little more than a handful of buildings in the middle of the vast unknown wilderness in a yet-to-be explored continent.

Lewis and Clark had not yet made their famous journey from St. Louis to the Pacific Ocean. The Declaration of Independence wouldn’t be written for another 12 years. The British and French vied for possession of an untamed landscape they could hardly control and the United States didn’t exist.

Today, as you roll back the years two and a half centuries, stripping away layer after layer of the city’s expansion, you can almost see the metropolitan area of 3 million people fade into stately wrought iron and grand fountains of the 1904 World’s Fair. Maybe even hear the faint roar of the crowd at Charles Lindbergh’s victorious homecoming parade after his record-breaking transatlantic flight in the Spirit of St. Louis. You can see the historic brick mansions, the breweries, the ragtime joints.

And then that too fades away, replaced by farmers bringing their produce in horse carts down dirt tracks which would eventually come to bear the names of St. Louis’ most famous thoroughfares, to the small community of French houses and cobblestone streets on the old riverfront.

But before everything, there was just a fourteen-year-old boy named Auguste Chouteau. And the sound of axes, building a city one tree at a time. On a cold day in February.