Home » Entrepreneurs: The Rock Stars of the New Millennium 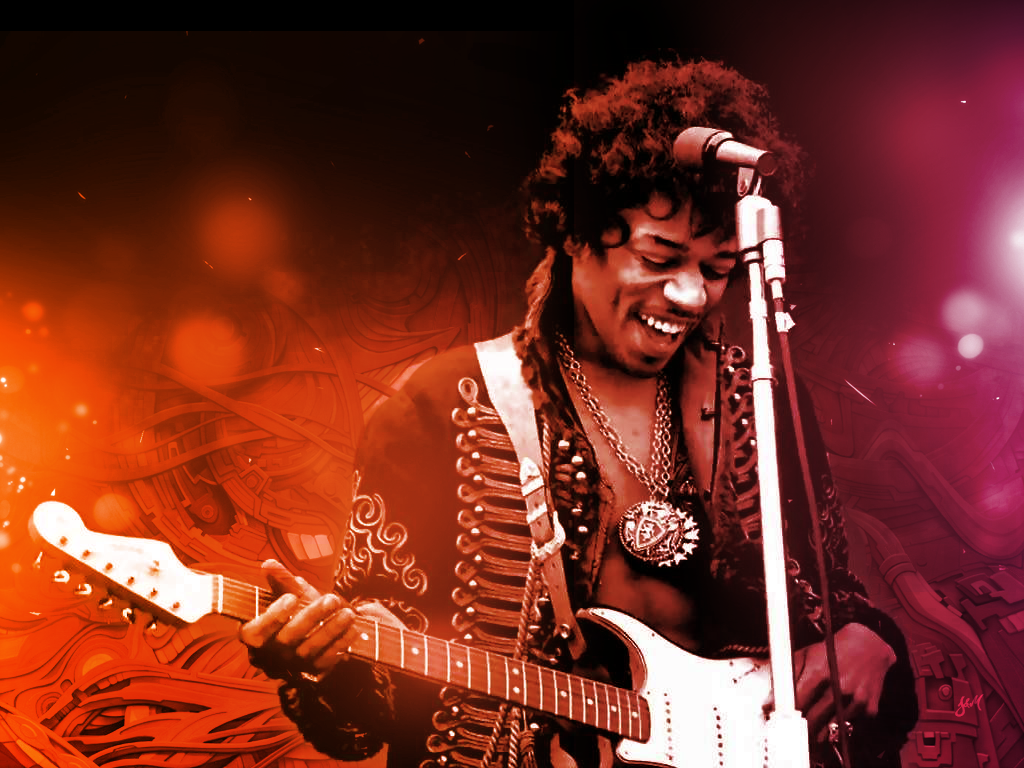 Standing center stage wearing his signature black mock turtleneck and jeans, a subtle glint of enthusiasm and mischievous drama in his eye, he was about to drop a bomb and he knew it; he was going to blow the crowd away.  They were going to be floored—totally, completely out of their minds.

They wanted big news—were salivating for big news—and he had the biggest news ever.  This was going to create a revolution.  Things would never again be the same.

He thoughtfully looked at the crowd and furrowed his brow, pausing for a moment of reflective silence.  He slowly and deliberately paced to himself as if deciding what to say.  The crowd held their breath and you could hear a pin drop.

Radiating calm self-confidence and an air of nearly smug satisfaction, he was a man with a secret—a man who knew he had the future in his pocket…quite literally.  Like someone deciding the exact right moment to present a diamond ring, he looked out at the audience and paused just one more breath.  The crowd leaned forward….

He was a legend.

The newest iPhone is anticipated like a summer blockbuster.  Google algorithm changes make headline news.  Facebook…well, every single design change on Facebook is personally noted (and commented on) by the entire world.

Wealth is one thing; fame is another.  Regardless of how much money Steve Jobs had, he was something else—a visionary.  Like a poet-technologist, he wasn’t just trying to create a new phone—he was trying to create a new world.  And people ate it up.  He became as much a part of the culture as any celebrity on the front of People magazine.  As famous as a movie star or a pop singer, he transcended commerce and business and entered our culture and our lives.

We live in a world where the future is constantly being shaped all around us, all the time.  Tomorrow is being created today—actively constructed by passionate risk-takers inspired by the prospect of making something totally revolutionary that could change the game.

We live in a world where entire fortunes can be made on a blockbuster app rocketing up the charts like a hot Top 40 single.  It used to be that in order to be an overnight success you had to be a movie star or a rock ‘n roller.  Not anymore.  Now you can be a mop-head computer geek with a passion for mathematics.

Engineers, programmers, entrepreneurs and visionaries have created an entirely new paradigm of success.  They’re the new stars.  They’re the vanguard.

Once upon a time Woodstock was a big deal.  Festivals, albums and demonstrations in the streets were the vocabulary of a new generation molding their truth into the reality in space and time—a movement where revolutionary cultural ideas were given life in the crucible of art.

The revolution of today is alive and well, but different.  Totally different.  The promise of a brighter tomorrow is still there.  The disrespect for the status quo is as strong as ever.  The misfit oddball striking out on his own to change the game, indifferent all social acceptability…yeah, he’s still odd and he’s still trying to change the game.

Except now he has a different name.  Instead of calling himself a rebel, he calls himself the CEO of a start-up.

Entrepreneurs are the rock stars of the new millennium.  They aren’t trying to change the world with a song.  They aren’t trying to jam their way to world peace.  Every bit as irreverent as Mick Jagger or as groundbreaking as Hendrix, they’re setting out all around us to completely change the way we view reality.  They start companies and market themselves.  They get bright ideas and talk about how to change their industries.  They aren’t looking to fit in.  In fact, their success depends on them not fitting in, but instead totally changing things.

Entrepreneurs are the ones driving this world forward.  Half artist half engineer, they’ve got the future on their backs, painting tomorrow on the canvas of today.  Weaving a company out of thin air, they write symphonies of possibility success—then despite all odds actually bring it to life in living color.  They take risks, defy naysayers and ignore looming defeat.  They’re the dreamers, the optimists and the believers.

Civilization isn’t being driven forward by governments; they’ve tried and failed.  The future rests squarely on the shoulders of dreamers working late into the night and on weekends to come up with the next big thing that will have everyone buzzing from Boston to Beijing.

If you have a dream, go for it. Remember, you aren’t running a business—you’re changing the world.  The future is so incredibly unlimited that there’s no possible cap on what you can do.  And it’s so vitally important…you have no idea how big it could get.

Think big and live it.  Apple was started by a college dropout in his parents’ garage.  Google was started by two college friends.    You’re next.   And so am I.  This is the new America.  We’re changing the world.

The man in the black mock turtleneck and jeans looks up over his glasses at the crowd and smiles.  He makes the announcement.

Elegant images of the product flash across the screen behind him. Once again he has redefined “cutting-edge,” heralding a new era for people all around the world.

The place erupts: people are screaming and grown men are cheering.  The whole room is on their feet.  The sheer revolutionary genius blows their minds.  They’re looking at the future, come to life.  Elation replaces anticipation.  And for a second you can’t tell if you’re at a product launch or rock concert. 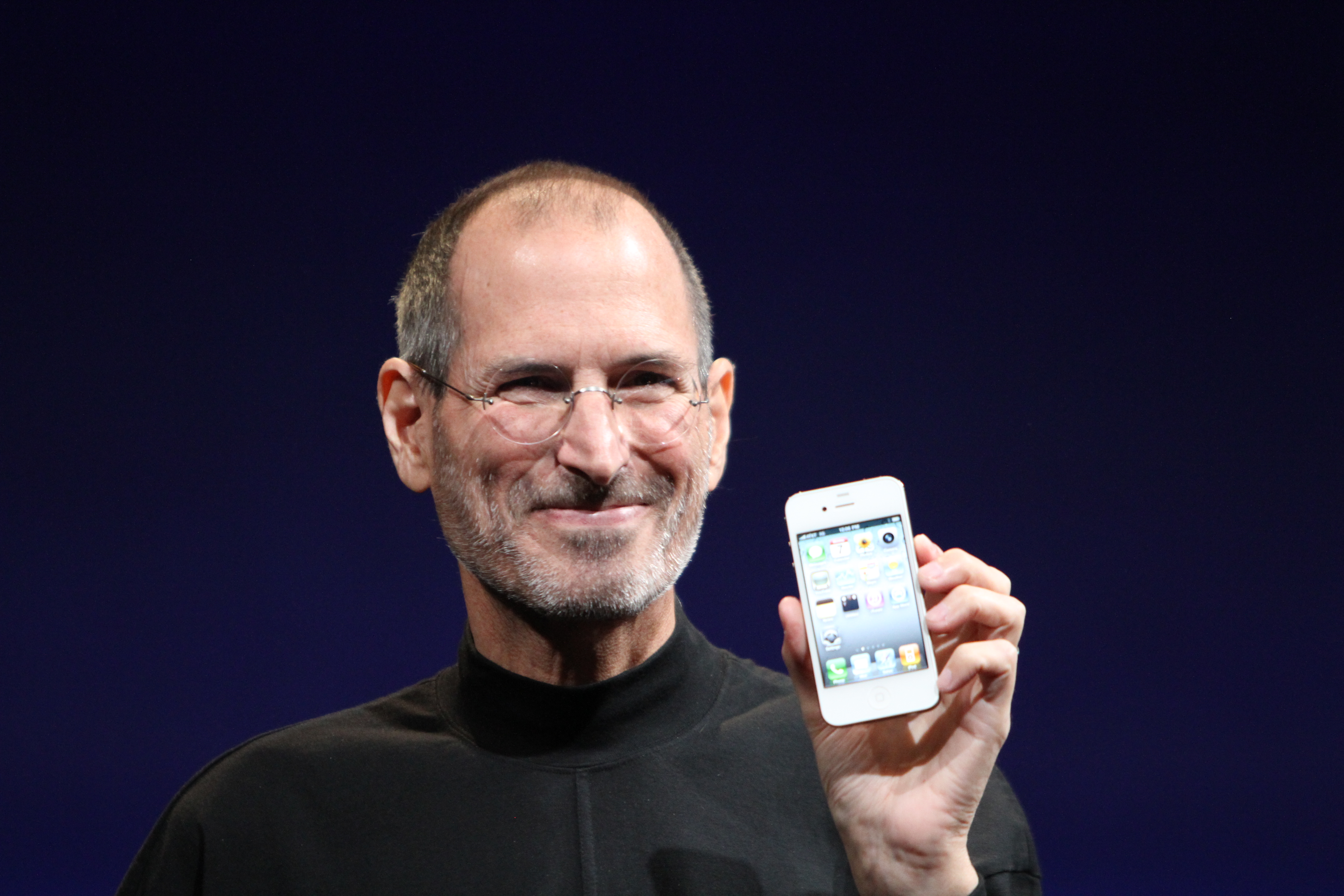 Matt Hanses is a freelance writer and consultant living in St. Louis, Missouri.  He is available for anything you need, from custom articles or blog posts to websites and promotional materials.  You can contact Matt here.