Home » Be Your Own Celebrity 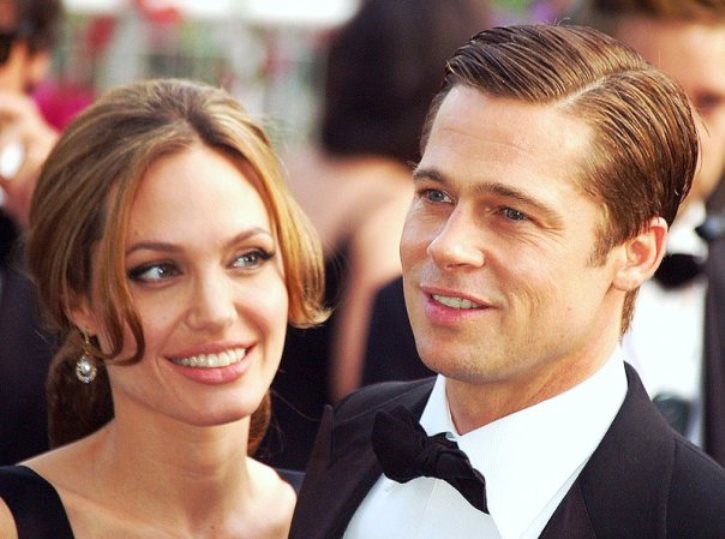 I’m not sure why it is folks read People magazine.

It’s basically a voyeuristic look into the lives of other people.  It’s raw spectatorism, plain and simple.  It’s just watching what’s happening in a bunch of other people’s lives, as though they’re more important than your own.

There comes a point where a celebrity is famous just as a personality–just for being HIM.  The fame is no longer about the movie he played in, the amazing talent he has, or what he is capable of.  It’s no longer about his products or what he does.  It’s just about him.  This is quite amazing to me because then there are millions of people all across the world waiting to find out what the most recent developments are in someone else’s life…who they don’t know…which doesn’t affect them in any way.  It’s incredible to me.

I’m not mad about it.  I don’t even particularly think it’s wrong.  It’s just astounding to me as a phenomenon.

I mean we’re all living a life of some sort.  Most of our lives aren’t particularly bad ones, and some are even interesting and exciting.  What exactly is it about a celebrity that makes them so fascinating that women around the country start living vicariously through some starlet?  Or guys will just become enraptured by a football player?

The newlywed Prince and Princess of England (Duke and Duchess of Cambridge  to be exact) are a great example of this.  They are stellar people unto themselves, I am sure.  Not that I know either of them personally, but both seem to be competent, poised individuals who are quite able to hold their own in any number of situations.  However, they’re really no different than millions of other competent people around the planet.  Neither of them have done tremendous things for the benefit of humanity and their personal accomplishments pale in comparison to so many others.  Yet they are icons of British culture.  They are international celebs.  Their wedding was televised to 300 million people across the globe.  We’re talking HUGE!  But what what have they done?

It isn’t what they’ve done; it’s who they are.  They’re royalty.  He is the Prince of England, yo!

And I guess that’s what I’m talking about.  The number of people who went absolutely gaga and were fascinated by the wedding, by the proceedings, by the gowns and by what the couple did, said and thought…it’s like they’re watching a real-life soap opera.  And it’s the same with Brangelina, or TomKat, or, or, or.  It’s the whole fascination with the lives of real people who are just living their (albeit very famous) lives and going about their (somewhat more exciting) business.

But what about our lives?  And I mean that seriously.  They are really no different than we are.  They live their lives and do their own thing.  They have problems, they have solutions, they have wins and losses.  We do too.  But no one is particularly watching us…sometimes not even ourselves.

I have an opinion about this here.

I feel like one should live as though they’re scripting their own movie.  I don’t intend this in a narcissistic sense, but truly as an art project.  If millions of people all over the world are waiting with bated breath to find out what happened with Jen or Prince William or Paris or Beyonce or…whatever, it’s kind of like the world waiting to find out what happened next on a soap opera.  Yet these people truly are living their own lives!  It’s not fiction; it’s real!

And so why not for everyone?  Why not script one’s own life?  Why not live like a celebrity–not in the sense of nonstop partying and rehab and all the rest, but in the sense of being interested in one’s own life and expecting something fascinating to occur in one’s own shoes?  Why not be as absolutely scintillated with the newest developments in your husband’s career or in achieving your goals as you are with the tabloids?  Why not be as beautiful, as daring and as sexy as anything in People?

Because who could truly be a closer representation to what you think is awesome than yourself?  No one out there will quite as exactly match your idea of cool as you do naturally (because you’re the one who thinks it’s cool, so therefore it is created by your personality, therefore you’re probably the closest thing to it…well you get the idea).  No one will come as close to your personal definition of awesome as you will.  And because of that, you’re in a unique position to be absolutely stunning.  You literally are the hippest and most  spot-on celebrity in the world–to YOU.  And that’s legit.

And maybe your life is lame right now.  Maybe it’s not worth watching.  Maybe your life isn’t even worth watching to you.  So do something interesting.  Do what you want to do, live how you want to live.  Chances are that if you’re not particularly interested in watching your life–if you can’t hold your own interest–then probably you aren’t living how you would like to be anyway and so are wasting your time.

Live how you want to live and embody your definition of a life well-lived and you will be a living, breathing representation of your own ideal.  Sounds too perfect, I realize, and I also realize it’s easier said than done.  Fine, naysayers.  But still, it’s a beautiful point and ridiculously romantic and poetic, so I prefer that point of view and recommend it thoroughly.  It’s just more fun regardless, eh?

Your wedding pictures should look like they came out of Vogue.

Your marriage should be a country song (one of the happy ones).

Your children should be like the ones you planned to raise when you were little.

And you can be yourself.  And that’s cool.

Can I have your autograph?